Jump Into Multiplayer Games On YouTube with Crowd Play

It should be no surprise that YouTube is one of the most popular places for people to watch game content with more than 200 million logged-in users doing so every day. Because of the massive gaming community on YouTube, it’s one of the best ways for game developers and publishers to push their content to new audiences. As we announced at GDC in March, YouTube is at the core of Stadia and we’re building new ways for game makers, YouTube Creators and players in general to connect with one another in new ways. One key example of this is Crowd Play. Crowd Play allows for someone watching a livestream of a multiplayer game to jump in (or queue up) and play with the person they’re watching without needing to download or install the game.

When someone - whether they’re a popular YouTube creator, a game developer or your friend from across the street - streams a multiplayer game from Stadia, they have the option of turning on Crowd Play if the game’s developer has implemented the feature. The game can either fire up a custom Crowd Play mode or use Crowd Play for an existing multiplayer mode. During the live stream, viewers will see a button on YouTube that allows them to queue up to wait their turn to play. If they aren’t a Stadia user or don’t own the game, they will be asked to become a Stadia player and purchase the game before queueing.


Check out the Crowd Play demo from GDC 2019

When their turn comes, the button on YouTube will change to “Join Now”. The viewer clicks, the stream pauses as a new tab opens, and the viewer lands in the game with the YouTube creator they were just watching.

From a game development perspective, Crowd Play has been designed to be a new source for multiplayer players for a game. There can, but doesn’t need to be any changes to the game’s lobby system, since all Stadia players can join a multiplayer game with the click of a link if they already own the game.

All developers need to do to implement Crowd Play is support the Stadia multiplayer invite system and integrate one additional Crowd Play API so that the YouTube audience is alerted as the state of the lobby changes from closed to open and vice versa. Viewers on YouTube can then click the button that appears on the stream page and jump in to play with the person they’re watching. That’s the magic. 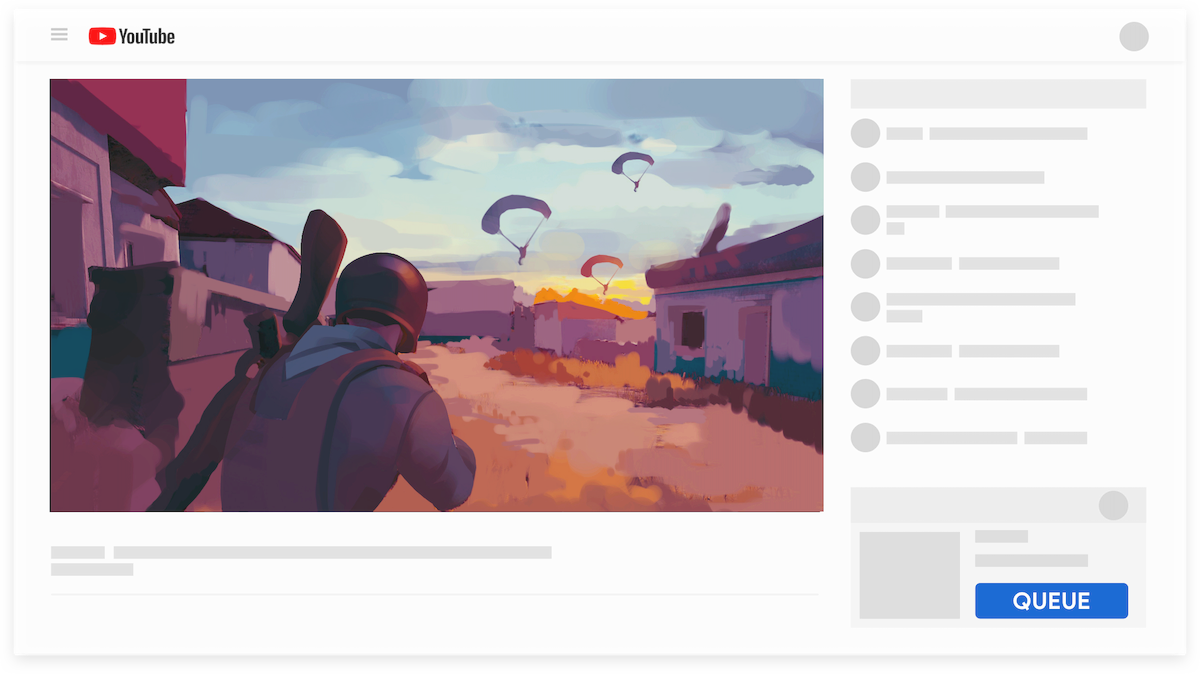 The YouTube creator has control over who they play with, so at any point, they can choose to remove someone from the game, mute them from text and voice chat, or block them completely, which prevents them from joining the queue in the future. Stadia will let the game know about any kick requests, which the game should handle by removing the kicked player in a timely manner from the multiplayer game. Of course, only the host of the Crowd Play session should have the ability to start games and kick players.

Some possibilities for Crowd Play
Because of the one-to-many nature of Crowd Play, where a streamer could have many viewers who are interested in playing with them, Crowd Play works best with games that:

If you’re interested in applying to be a Stadia developer and potentially using Crowd Play in your game, please go to stadia.dev/apply.